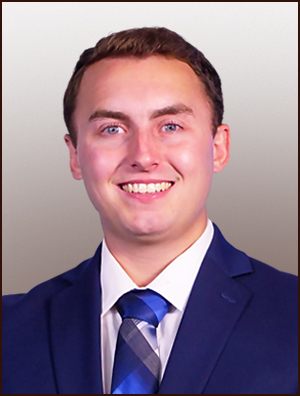 Austin is a sports reporter and photographer for ABC57 Kickoff.

Austin then went to college at the Walter Cronkite School of Journalism and Mass Communication at Arizona State University where he became Sun Devil #ForksUp.

He will go to war for his Indianapolis Colts and Chicago Cubs.

His goal was to play college football for Notre Dame or Arizona State but he got the next best thing in reporting on the team he grew up watching. It’s a dream to be covering Fighting Irish athletics year-round. He’s blessed and grateful to be able to do this as a career.

Austin loves the Valley of the Sun with a passion and everything there is to do there on the West Coast, but he’s super excited to be back in the 574 covering the Notre Dame athletics objectively and fairly. If you ever see Austin feel free to say hey!